Debt, not necessarily money, makes the world go round. That might sound mad to those not familiar with the realm of finance. However, between student loans, mortgages, car loans, business loans, and even consumer debt, we loan far more money than we actually spend or repay. Even the government gets in on the fun, with 5 countries owning a decent chunk of public debts.

However, when a company takes on too much debt and has no way to repay what they owe, it can become insolvent. A family going bankrupt can be devastating enough, but an insolvent company can destroy hundreds of lives. Here’s everything you need to know about business insolvency, from the process and aftermath to warning signs.

When Is a Company Declared Insolvent?

First things first, let’s clarify some definitions. An insolvent company is one that cannot sustain its expenses or repay its debts. Companies that cannot recover from insolvency may become bankrupt before closing their doors for good.

Insolvency vs Bankruptcy: An Important Distinction

Another thing that’s important to note is that there are two main types of insolvency: Cash flow insolvency and balance sheet insolvency. To differentiate between them, think of it like this:

The first type of insolvency often arises as a result of cash flow problems, marketing issues, and a host of other problems. The second often arises from taking on too many debts too quickly. Neither is a guarantee of business bankruptcy, but they can precede it.

What Happens Within an Insolvent Company?

Now that we’ve defined what, exactly, makes a company insolvent, let’s talk about what goes on within an insolvent company. Once a company owner realizes the business is insolvent, or it is declared so by the court, there are several steps that may get taken within it. These steps include, but are not limited to:

Once a company has been declared insolvent, one of the first steps they may take to bring themselves back into the financial black is insolvent liquidation of their assets. This can be a voluntary process or a compulsory one, depending on whether it’s initiated by the business owner.

If you sell all that your company has to sell and you still cannot repay your debts, then your business may need to close its doors. However, if through liquidating, you manage to repay your debts, you may eventually be able to recover.

Some companies become insolvent due to their penchant for lending money to debtors that might not be able to repay the money owed. Once you realize that your company has become insolvent, it’s time to stop playing nice with debtors and call out to ask them for the money they owe. This can be the difference between saving your company and letting it collapse.

Just as regular people going through serious issues with debt can reach out to their creditors, so too can businesses. Make sure to sit down with all those to whom your business owes money and see if any deals can be reached. Some creditors might be willing to take a loss if it means they receive even a portion of the debts owed to them.

Partnering With an Insolvency Lawyer

If it’s clear that the company cannot be saved and you’re facing some sort of legal trouble, partnering with an insolvency lawyer may spare you from serious trouble. As a company director, liquidators might lay misfeasance accusations at your feet if they even suspect that you misapplied funds.

What Are Some Warning Signs of Insolvency?

Now that we’ve established both what an insolvent company is and what happens once a company gets declared insolvent, let’s dig a little deeper into the causes and warning signs. Some of the most common signs of insolvency in a company of any size include but are not limited to:

If the business can’t grow organically, it might not be a wise idea to try to force it. If you do, you’d best be sure that your gamble pays off. Otherwise, you’ll find yourself the owner of an insolvent company.

Another critical warning sign that your company is becoming insolvent is an inability to pay for basic operating expenses. Different businesses will have different operating expenses. However, some expenses that remain common across almost every industry these days include:

If you can’t pay these expenses, or worse, face legal threats due to your inability to pay them, then your company has become insolvent.

Just like a wound hemorrhaging blood, a company cannot recover or remain in the black if it’s bleeding money. If your business keeps experiencing setbacks or losses, dropping money quarter after quarter, then it might be time to throw in the towel rather than try to keep yourself afloat. If you don’t, your company will become insolvent, if not outright bankrupt.

Losses can compound in a hurry, so make sure you’re tracking every financial setback.

It’s simple mathematics: If there’s not enough cash flowing in to pay debts and expenses, then your company will soon become insolvent. If your company’s cash flow is lacking, you might wonder what you can do about it. Some ways that you can boost your incoming and reduce outgoing cash include:

While the above list is by no means exhaustive, it can buy you some time in resolving your cash flow issue.

While the missed bill payments and inability to cover operating expenses should prove obvious enough signs of insolvency. However, should those fail to prove the point, facing legal action over unpaid expenses very well should illustrate the company’s financial issues? If you face lawsuits for unpaid wages, unpaid utility bills, or other expenses, your company has become insolvent and may soon be declared bankrupt.

What Can You Do to Prevent Insolvency?

Of course, the best way that you can deal with an insolvent company is not to have one in the first place. To that end, there are several steps that you can take to prevent insolvency. These steps can include:

In order to prevent company insolvency, you should do all you can to reduce business expenses. We discussed some potential steps you can take to do so above, like finding distributor discounts or partnering with other companies to increase buying power. Pinch pennies however you can without damaging employee pay or quality of life.

Communicating With Creditors and Debtors

If there’s one crucial element to any financial relationship, it’s communication. Debtors and creditors will be much more likely to work with you, thus preventing insolvency, if you remain communicative with them. It’s better to talk to them before you miss payments, not after.

One of the greatest causes of company insolvency is due to poor advice, either legal or financial. Seeking counsel from trained professionals can go a long way towards reducing the risk of insolvency.

Understanding Insolvency Within the Bubble

Businesses can appear to exist within a financial bubble until it bursts to reveal an insolvent company. However, once that bubble bursts, it will take swift and decisive financial action to save the company before it becomes bankrupt or closes down forever. Insolvency might not be a death sentence, but it is nothing to take lightly.

Did you find this article about business bankruptcy and insolvency helpful? Would you like to read more like it? If so, then check out the Business section of our blog for more content like this.

Exante Broker | A Review Worth Reading

Verified Ice crushers and Shavers to save your time 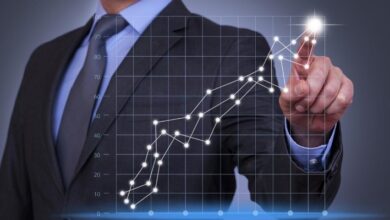 How to Keep Your Business Lean During Challenging Times

Featured Posts
What do You Know About Different Kinds of Fans?
11 hours ago

3 Ways to Become a Successful Businessperson
1 day ago

All View of IT Security and ALVACOMM
3 days ago

All View of IT Security and ALVACOMM

Sponge mattress with odor is what happened? What to do?
4 days ago

Sponge mattress with odor is what happened? What to do?