Indian national parks and forests are home to thousands of species of wild animals, birds, and reptiles. Almost 25% of land in Indian states are covered with dense forest that provides shelter to these wild animals. A list of wild animals found in India is The Royal Bengal Tiger, Asiatic Elephant, Great Indian Rhino, and many more.

Bengal Tiger is the national animal of India and is the most popular animal for tourists who visit the country. You can go for a tiger safari in the national park and see many more wild animals during the safari.

This article will give you a list of the ten most popular wild animals in India.

The ten most popular Indian wild animals are:

Also called the greater one-horned rhinoceros, or just Indian Rhino is a rhinoceros species native to the Indian subcontinent. These rhinos are listed as vulnerable on the IUCN (International Union of Conservation of Nature) Red List. They are found in northern India and near Nepal as well.

States: Uttar Pradesh, West Bengal, and Assam. Most of the rhinos are concentrated within Kaziranga national park and Pobitara wildlife sanctuary.

It is a Panthera leo leo population found only in India. Its population inhabited much of Western Asia and the Middle East, but today, its range is restricted to Gir National Park and surrounding areas in the Indian state of Gujarat.

Also known as the Asiatic Elephant, it is the only living species of genus Elephas and is found throughout the Indian subcontinent. Sometimes, these elephants are used for tiger safari in National parks.

The Indian Leopard is widely spread in the Indian state. The Indian leopard is one of the big cats occurring on the Indian subcontinent, apart from Bengal tigers and Asiatic lions.

The black panther, which is a variant of spotted leopard, is also found in India.

Also known as the fish-eating or gavial crocodile. These crocodiles currently inhabit rivers in the plains of the northern part of India. These are some of the longest of all living crocodiles.

Red pandas are carnivores native to the eastern Himalayas and southwest China. They are an endangered species, and the population is estimated to be about 10,000. The pandas have reddish-brown fur, a long shaggy tail, and look like a raccoon.

Also called the wanderoo, it is an Old World monkey found in the Western Ghats of South India. These are endangered species, and the government is trying its best to keep them safe and going extinct.

Also known as the Asiatic black bear or moon bear is a medium-sized bear species found in Asia. It lives in the Himalayas and northern parts of the Indian subcontinent. This animal comes under the (Vulnerable) IUCN Red List because of the deforestation and poaching of its body parts. States: Himachal Pradesh, Uttaranchal, Arunachal Pradesh, Tripura, Sikkim, Mizoram.

It is the largest antelope and is found across the northern Indian subcontinent. A fully grown Nilgai weighs around 109-288 kg (male), 100-213 kg (female).

States: Madhya Pradesh, Bihar, Rajasthan, Assam, Maharashtra. You could see these wild animals if you go on trips to Indian National parks and sanctuaries.

The Advantages of VDI in the Context of Small Businesses 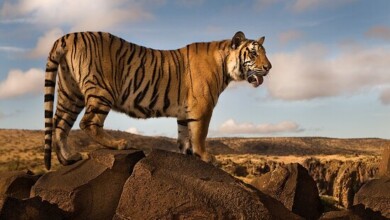