Football is the most popular sport in America for a reason. It’s exciting, fast-paced, and full of action. But what many people don’t know is that it also happens to be one of the most expensive sports to play. In this blog post, we will discuss the cost of playing football and some of the reasons why it’s so popular.

So let’s get right into it.

How does the story of football start

Football is a sport that originated in America in the late 1800s. It is a game that was created by college students who wanted a sport that was less physical than rugby and more exciting than baseball. The first football game was played between Princeton and Rutgers in November 1869.

Football quickly became popular at colleges and universities across the country. In 1873, representatives from Yale, Columbia, Princeton, and Rutgers met to form the Intercollegiate Football Association, which established rules for the game.

Football is a physical and demanding sport. Players need to be strong and fast to be successful. They also need to have good hand-eye coordination and be able to think quickly.

How long does it take to become a football professionally

Players typically start playing football around the age of seven. They usually play in youth leagues until they reach high school. High school football is where most players begin to develop their skills. From there, some players go on to play college football, and then a small number of players are drafted into the NFL each year.

The average career length of an NFL player is just over three years. This is due to the physical nature of the sport and the fact that most players retire in their early 30s.

Is playing football a dangerous sport?

Yes, football is a dangerous sport. injuries are common, and they can be severe. Concussions are also a serious concern in football. Players are at risk of suffering a concussion every time they take the field.

How much do football professionals earn?

The average NFL player earned $860,000 in 2017. However, the highest-paid players can earn much more than that. The top quarterbacks in the NFL can earn over $20 million per year.

So as you can see, playing football can be a very lucrative career. However, it’s important to keep in mind that only a small percentage of players make it to the NFL. Most players will never earn a salary even close to the average.

Why do people watch football?

People like to watch football because it’s a thrilling and exciting sport. It’s also a great way to bond with friends and family, as well as meet new people. Football is also a very popular sport in America, so there are always plenty of games to choose from.

Another reason why people like to watch football is that it’s a very strategic game. There is a lot of planning and strategy that goes into each play, and it’s fascinating to see how the teams execute their plans.

Finally, people also like to watch football because it’s a great way to relieve stress. cheering on your favorite team can be a great way to forget about your troubles for a while and just enjoy yourself.

So those are just a few of the reasons why people like to watch football. It’s an exciting sport that can be enjoyed by everyone. So if you’re looking for a fun and thrilling way to spend your free time, be sure to check out a football game! You won’t be disappointed.

How do the professionals of the NFL get so much money?

The NFL is the most popular sport in America, so it’s no surprise that players are paid a lot of money. The average player earned $860,000 in 2017, but the top quarterbacks can earn over $20 million per year. So how do the professionals of the NFL get so much money?

The answer lies in a combination of factors. First, the NFL is a very popular sport, so there is a lot of money to go around. Second, the NFL has a lot of TV contracts and sponsorship deals, so they are able to generate a lot of revenue. Finally, the players in the NFL are some of the best in the world, so they are able to command high salaries.

How much does it cost to start playing football?

It doesn’t cost much to start playing football. All you need is a football and a place to play. However, if you want to play competitively, there are some costs associated with that. For example, you may need to pay for membership in a league or club. You may also need to buy some equipment, like cleats and pads. Finally, if you want to play at the highest level, you may need to pay for training and coaching.

So as you can see, there are some costs associated with playing football. However, it doesn’t have to be an expensive hobby. You can start playing for free, and then gradually increase your investment as you develop your skills and interests.

I hope this article has given you some insight into the sport of football. If you’re thinking about starting to play, I encourage you to give it a try! It’s a lot of fun, and you may find that you have a hidden talent for it. Who knows, you might even end up in the NFL one day! Thanks for reading.

Online Gambling: How to Gamble Safely and Avoid Fraud 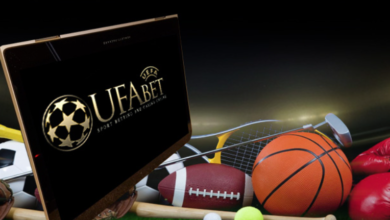 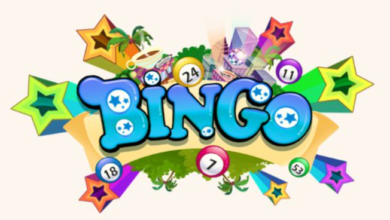 Online Bingo: How to Play and Win 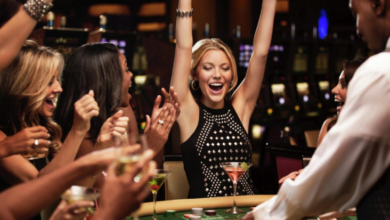 The Best Ways to Win at Casino

“Leviathan Wakes” – Surprising, in More Ways than One

What is Continuity Software? The Storage and Backup Solution for Real-time Data Production
2 days ago

What is SpeekNetwork? Secure, Encrypted Messaging Network You Can Trust
2 days ago