The desire to play is as old as the world. It is essential for children to prepare for life; for adults, it is a way to escape reality for a moment and have fun. Like almost every other field, gaming has entered the virtual world in the last few decades. In 2018, a third of the world’s population regularly spent time playing video games, whether on mobile phones, consoles, or computers. If video games began to win in the 1970s, their origin dates back to twenty years earlier.

The history of video games is closely linked to that of the development of the computer. In the 1950s, gigantic computers, the size of entire rooms, performed relatively simple calculations. It is then unimaginable to be able to play with these mastodons.

And yet, in American universities, inventive handymen are developing simple computer games. However, these aim not to entertain, but to demonstrate how new technologies work. Tennis for Two, developed in 1958, is considered the first video game programmed for entertainment purposes.

The 1970s – the birth of gaming machines

Until the early 1970s, students tinkered with increasingly compact computer systems. In 1972, the Atari company was founded. It not only dominated the video game industry for the next decade but also developed Pong, the very first game to achieve worldwide success.

The principle of Pong is very similar to that of its predecessor, Tennis for Two, and could not have been simpler. The rules of the game are limited to the following instruction: “To get a high score, miss, as few balls as possible”. In this game, too, both players try to send a ball – no longer just a single pixel – across the line.

The History Of Video Games

And even if the idea is not new, Atari integrates the computer with a screen into a cash register with a slot for inserting coins, and thus invents video game machines. For the first time, a video game is available at a low cost to a large number of people. The Space Invaders game (1978) marks the beginning of the golden age of arcades when the kids of the 1980s went to spend their pocket money on video game machines.

A few years earlier, computer technology made significant progress with the creation of Apple in 1976 and the development of microprocessors. And with the Atari 2600 home console, the eponymous company achieved yet another success: more than 30 million people bought this console, released in 1977, which, thanks to its removable cassettes, did not have a single game. in stock, but in theory an infinite number.

The graphics and storyline of these video games are basic. These are typically made up of several levels, during which the game becomes more and more difficult, and point systems. Players try to beat the highest score and those who stay at the top of the leaderboards are admired. This is how simple games remain stimulating.

The online version of the video game classic, Space Invaders. Click on the picture to start playing. Move the spaceship to the bottom of the screen using the arrows on the keyboard and shoot with the space bar or with the “Fire” button on the mobile phone.

The 1980s – the childhood of video games

Many of the classics that still exist today were born in the 1980s: Pac-Man (1980), Ultima (1980), Mario Bros (1983), Tetris (1984), or even SimCity (1989). At the start of this decade, the market was flooded with countless new consoles on the one hand, and increasingly cheaper and more efficient home computers were introduced on the other. In 1983, the console market collapsed.

Many companies, including industry leaders and pioneer Atari, are going bankrupt. Atari still manages to release the game ANDin 1982; This is considered the worst video game in history due to its ugly graphics and the complexity of its concept. From the ruins of the industry emerge the companies Commodore, with the personal computer Commodore 64 (1982), and Nintendo, with the Nintendo Entertainment System, abbreviated NES (1985).

With the development of technologies, video games enter a new dimension, and adventures and graphics become more innovative. They have their own characters and stories. Most of the genres we know today were created during this period. The Commodore 64 allows even the most avid users to program their own games. Children and teens of the 1980s spent hours in front of the home computer or console and by the end of the decade,

The video game industry, like the first generation of gamers, is coming of age. Video games literally entered a new dimension, since around 1995, the graphics went into three dimensions. Players can now move in three directions instead of two. Such worlds appear more realistic and offer more complex possibilities.

Console and game makers are looking to break into this ever-growing market. Sony launched the PlayStation in 1994; technically and graphically, it represents a real leap forward compared to existing consoles. Video game design studios develop more innovative ideas, the storylines of which are often inspired by historical facts: in the Age of Empires (1997), players develop entire civilizations and in Command & Conquer (1995) they wage wars.

In Tomb Raider (1996), they search with Lara Croft for historical objects, and in Monkey Island (1990), the pirate treasure. In the 1990s, however, the video game industry lost its letters of nobility, because the scenarios were accompanied by more and more violence.

Wolfenstein 3D (1992) is the first of the so-called first-person shooters. This is the first time that society has questioned whether violence in video games leads to violent behavior in reality. No answer has been given to this question to date.

At the start of the second millennium, the Internet was not sufficiently powerful and widespread to allow players to compete online. This is why they meet at LAN parties. They bring their own computers and connect to the local network to play together late into the night or even into the early hours of the morning.

During these events, the sometimes controversial game Counter-Strike (2000) was very popular. The player is slipped into the shoes of a terrorist or a member of an anti-terrorist unit and must try to eliminate the others through tactical maneuvers. With the dramatic rise in Internet use, video games are moving online. For the first time, games like World of Warcraft (2004) are played mainly on the Internet.

Technology is also evolving in leaps and bounds during this decade. Powerful graphics technologies make virtual worlds even more realistic. Thanks to artificial intelligence, simulated opponents no longer behave the same way in each situation, but react independently according to the evolution of the game.

This gives rise to so-called “open-world” games, in which players discover fictional worlds on their own and can freely decide how the game unfolds. Or they create the virtual world themselves, like in a sandbox. This game concept is called “sandbox”. The decade saw the birth of many bestsellers such as The Sims (2000), Grand Theft Auto: San Andreas (2004), Super Mario Galaxy (2007), or even Minecraft (2010).

In the decade that has just come to an end, the video game industry is worth several billion. Its revenues exceed those of the film and music industry. A very large number of companies are developing games for all types of platforms: computers, consoles, tablets, and mobile phones.

Older adults can also find skill games and puzzles on their cell phones. On the train, while waiting for the bus or before going to bed … as soon as you have a free minute, you can immediately access a video game.

Although video game addiction is not a new phenomenon. The spread of smartphones has led to an increase in the number of people addicted to gambling. For the majority of gamers, however, these games are only harmless entertainment. On PC, PlayStation, and Xbox, games such as Red Dead Redemption II (2019) hand allow the player to be entertained for several hours. Thanks to sought-after dialogues and a neat scenario, and on the other hand take place differently according to the choices of the players, who can therefore play it over and over. Another phenomenon of this decade is the “Let’s Play” videos. Players check-in as they play, comment on the flow of the game, and give tips.

The 2020s – immersion in the virtual world

From simple dots on a pale screen to hyperrealistic 3D landscapes, passing through colored pixels. Thanks to technological developments, the history of video games are increasingly immersing players in the virtual world. What will video games look like tomorrow?

Now, gamers can explore artificial environments and be the hero of their chosen adventure. This phenomenon also benefits athletes who would like a realistic at the comfort of their homes. Golf simulators like the Garmin Approach R10 provide players with 42,000 built-in golf courses where they can practice virtually.

One thing is certain: history will continue to evolve in the same direction. Already today, players can immerse themselves almost entirely in a game thanks to virtual reality. But this technology is still in its infancy. Better graphics resolutions, tactile controllers, and lighter devices will characterize the future of the video game industry.

Types Of Machinery Made By CNC Machine Shops In Georgia 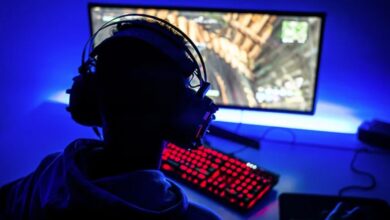 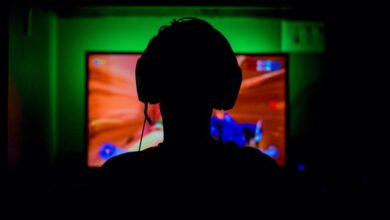 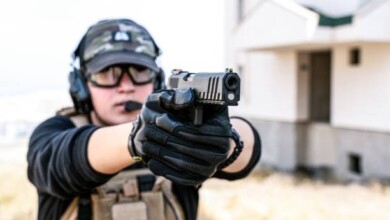 The Top 5 Tactical Gear Kits for Airsoft in 2022 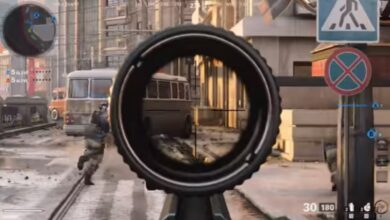 How to Play CoD Cold War Like a Pro